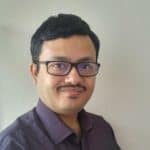 Introduction: Why Python for data science

One of the most important factors driving Python’s popularity as a statistical modeling language is its widespread use as the language of choice in data science and machine learning.

Today, there’s a huge demand for data science expertise as more and more businesses apply it within their operations. Python offers the right mix of power, versatility, and support from its community to lead the way.

There are a number of reasons for data scientists to adopt Python as their preferred programming language, including:

Why these frameworks are necessary

While Python is most popular for data wrangling, visualization, general machine learning, deep learning and associated linear algebra (tensor and matrix operations), and web integration, its statistical modeling abilities are far less advertised. A large percentage of data scientists still use other special statistical languages such as R, MATLAB, or SAS over Python for their modeling and analysis.

While each of these alternatives offer their own unique blend of features and power for statistical analyses, it’s useful for an up-and-coming data scientist to know more about various Python frameworks and methods that can be used for routine operations of descriptive and inferential statistics.

The biggest motivation for learning about these frameworks is that statistical inference and probabilistic modeling represent the bread and butter of a data scientists’ daily work. However, only by using such Python-based tools can a powerful end-to-end data science pipeline (a complete flow extending from data acquisition to final business decision generation) be built using a single programming language.

If using different statistical languages for various tasks, you may face some problems. For example:

What if you could do statistical modeling, analysis, and visualization all inside a core Python platform?

Let’s see what frameworks and methods exist for accomplishing such tasks.

NumPy is the de-facto standard for numerical computation in Python, used as the base for building more advanced libraries for data science and machine learning applications such as TensorFlow or Scikit-learn. For numeric processing, NumPy is much faster than native Python code due to the vectorized implementation of its methods and the fact that many of its core routines are written in C (based on the CPython framework).

Although the majority of NumPy related discussions are focused on its linear algebra routines, it offers a decent set of statistical modeling functions for performing basic descriptive statistics and generating random variables based on various discrete and continuous distributions.

The results are as follows:

You can also use NumPy to generate various random variables from statistical distributions, such as Binomial, Normal, Chi-square, etc. We’ll discuss these in the context of the SciPy package, which is essentially a superset of NumPy.

Check out the NumPy docs for a detailed description of various other functions you can perform with NumPy.

Matplotlib and Seaborn for visualization

Matplotlib is the most widely used base library in Python for general visualization. There is extensive documentation on how to use this library and there’s a bit of a learning curve to understand its core mechanics. Let’s illustrate its utility with a simple example (we’ll re-use the an_array NumPy object from the previous example showing that Matplotlib works natively with NumPy arrays).

These 3 lines of code result in a plot:

It looks kind of barren, doesn’t it? Let’s add some bells and whistles to the plot, such as: figure size, title, x- and y-axis labels and ticks (and control their font), line type, color, width, marker color and size, etc.

Fig 2: Plot with the same data as Fig 1, but with some embellishments added.

These were examples of the line charts. If you fancy other types of charts/plots, Matplotlib can help you there, too.

Fig 3: Matplotlib is used for generating a box plot, bar chart, histogram, and pie diagram. Except in the histogram, the same data is used from the an_array NumPy object.

Seaborn is another powerful Python library which is built atop Matplotlib, providing direct APIs for dedicated statistical visualizations, and is therefore a favorite among data scientists. Some of the advanced statistical modeling plots that Seaborn can make are:

Readers are encouraged to refer to the official Seaborn tutorial for more details.

According to its website SciPy (pronounced “Sigh Pie”) is a, “Python-based ecosystem of open-source software for mathematics, science, and engineering.” In fact, NumPy and Matplotlib are both components of this ecosystem.

Specifically in statistical modeling, SciPy boasts of a large collection of fast, powerful, and flexible methods and classes. Due to limited space, we’re unable to go through examples of these functions, but here is a snapshot of the page describing them:

Fig 6: Snapshot of various methods and routines available with Scipy.stats.

In short, you can do the following with SciPy:

Beyond computing basic descriptive and inferential statistics, we enter the realm of advanced modeling, for example, multivariate regression, generalized additive models, nonparametric tests, survivability and durability analysis, time series modeling, data imputation with chained equations, etc. The Statsmodels package allows you to perform all these analyses. Here is a snapshot of their capabilities.

Note: Be sure to install SciPy before using statsmodels.api

The result looks like the figure below. Your output will be different due to the random data. Note how detailed statistics (p-values, standard errors, and confidence intervals) are printed here along with the estimated regression coefficients.

Finally, we come to Scikit-learn, which is the most widely used Python library for classical machine learning.

But why is this included in the discussion of statistical modeling? This is because many classical machine learning (i.e. non-deep learning) algorithms can be classified as statistical learning techniques.

The Scikit-learn library is also robust enough for use in production-grade systems because of its support community.

With Scikit-learn you can do advanced statistical learning tasks such as:

In this article, we covered a set of Python open-source libraries that form the foundation of statistical modeling, analysis, and visualization.

On the data side, these libraries work seamlessly with other data analytics and data engineering platforms such as Pandas and Spark (through PySpark).

For advanced machine learning tasks (e.g. deep learning), NumPy knowledge is directly transferable and applicable in popular packages such as TensorFlow and PyTorch.

By focusing on these Python libraries and mastering the various methods and functions available, you will be well on your way to acquiring the data analytics, statistical modeling, and machine learning skills needed to excel as a data scientist.

About the author: Tirtha Sarkar is a semiconductor technologist, data science author, and author of pydbgen, MLR, and doepy packages. He holds a Ph.D. in Electrical Engineering and M.S. in Data Analytics.