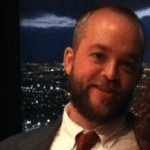 So you want to set up a superior Python environment, but you don’t want it to be a major hassle. Well, this was written for you! In this post, we explore the top IDEs and general-purpose editors for all your Python programming needs.

An integrated development environment (IDE) provides Python programmers with a suite of tools that streamline the coding, testing, and debugging process for specific use cases. The best Python IDE for you is the one that will help you ship code faster by automating repetitive tasks, organizing information, and helping reduce errors.

What Is a Code Editor?

Code editors are tools that make writing code easier, offering syntax highlighting and code formatting, among other things. They differ from IDEs in that they have less features outside of their primary use case which is writing code. For this reason, they are typically quicker and lighter weight, which leads some developers to preference using a code editor over an IDE. Some code editors also deliver additional functionality, like debugging and code execution, however.

Why Do Developers Use IDEs and Code Editors?

You can only stare at a computer for so long, and there’s no sense in doing repetitive tasks if you can automate them. IDE’s help in this regard. IDEs and code editors deliver a number of benefits:

If you develop in Python and want to do your best work, you need an IDE or a code editor. It’s that simple. Depending on your specific situation, you might need additional tools, like language support or source code control. Not sure which tool is best for you? No problem. We’ve got you covered. Without further ado, here are the top Python IDEs and code editors on the market today.

Atom is an open source text editor with an intuitive user interface that works across operating systems, including macOS, Linux, and Windows. Written in Electron and developed by GitHub, Atom can be customized with thousands of open source packages and UI and syntax themes to meet the unique needs of every Python developer. The tool’s intuitive design eliminates the learning curve, helping programmers get productive on Atom in little time. It offers smart autocompletions, multiple panes to make coding easier, and the ability to easily find and replace text across all projects. In 2016—just two years after its release—GitHub announced that Atom already had more than one million users. Because of the flexibility and utility the editor delivers, adoption continues to increase.

As an open source solution, Atom boasts a robust marketplace of third-party plugins, extensions, themes, and more. While some adds-on are pre-installed with Atom, users can search more than 8,200 software packages on the Atom website. 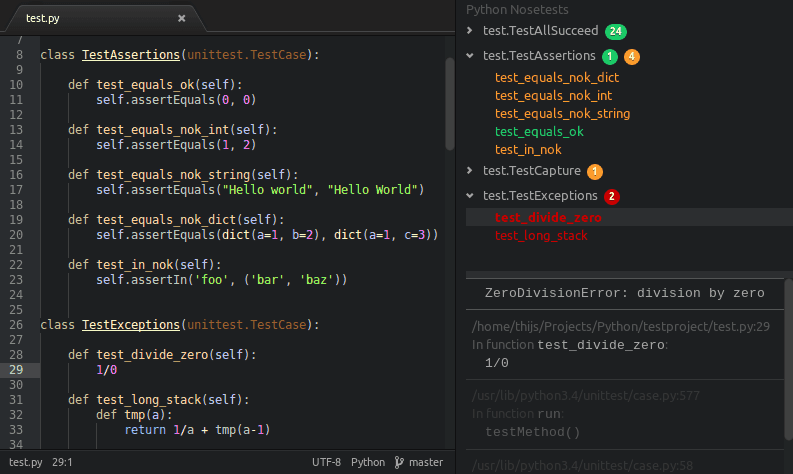 As you can see, it’s all very clean, organized, and easy to understand. Atom delivers gains right out of the box, so you can see why it’s so popular. If you dislike Electron, as some people do, that’s the editor’s downside: Atom is written in Electron. And with Atom, you’re essentially running two web browsers—in other words, two resource hogs. You’ll need a powerful laptop to keep pace.

Sublime Text was developed by Jon Skinner and Will Bond. Written in C++, the sophisticated text editor is compatible across macOS, Linux, and Windows environments. Unlike Atom, Sublime is a proprietary solution. It also isn’t as resource-intensive, so operation should be a bit smoother. While Sublime Text is free to test, you need to buy a license to use it on a continuous basis. That said, the company doesn’t enforce a time limit. So, in theory, you could use it for free in perpetuity. But the developers probably deserve to be paid, especially if you end up using the tool for a while, so proceed wisely. Since Sublime Text is proprietary, you can’t poke around the internals or view the source code. And though the tool has been around in various forms for more than a decade, good luck extending it. Yes, Sublime Text does support third-party extensions. But since it’s not an open source solution, it shouldn’t come as a surprise that, despite its age, Sublime doesn’t offer a robust marketplace of plugins and integrations (unlike Atom). So what makes Sublime Text one of the best Python IDEs? Two things: power and speed. What’s more, Sublime Text comes with a great feature right out of the box: multiple cursors. It’s feature worth boasting about, so you can bet they do; it’s the first thing you see on their website. Sublime also has third-party extensions, of course. Kite has a Sublime integration that’s worth checking out.

PyCharm, like Sublime Text, is a proprietary Python IDE solution. Pycharm developed by JetBrains, which develops a suite of code editors for other languages in addition to Python. PyCharm is compatible with macOS, Linux, and Windows, so you can use it across systems. There are two versions of the tool: a free open source edition and a paid version. So if you’re looking for a free Python IDE, this might be your ticket. If you choose the paid version, you’ll get features like database and SQL support, remote development capabilities, and scientific tools. Boasting a sleek and intuitive UI, here’s what you can expect to see when you poke around PyCharm for the first time: 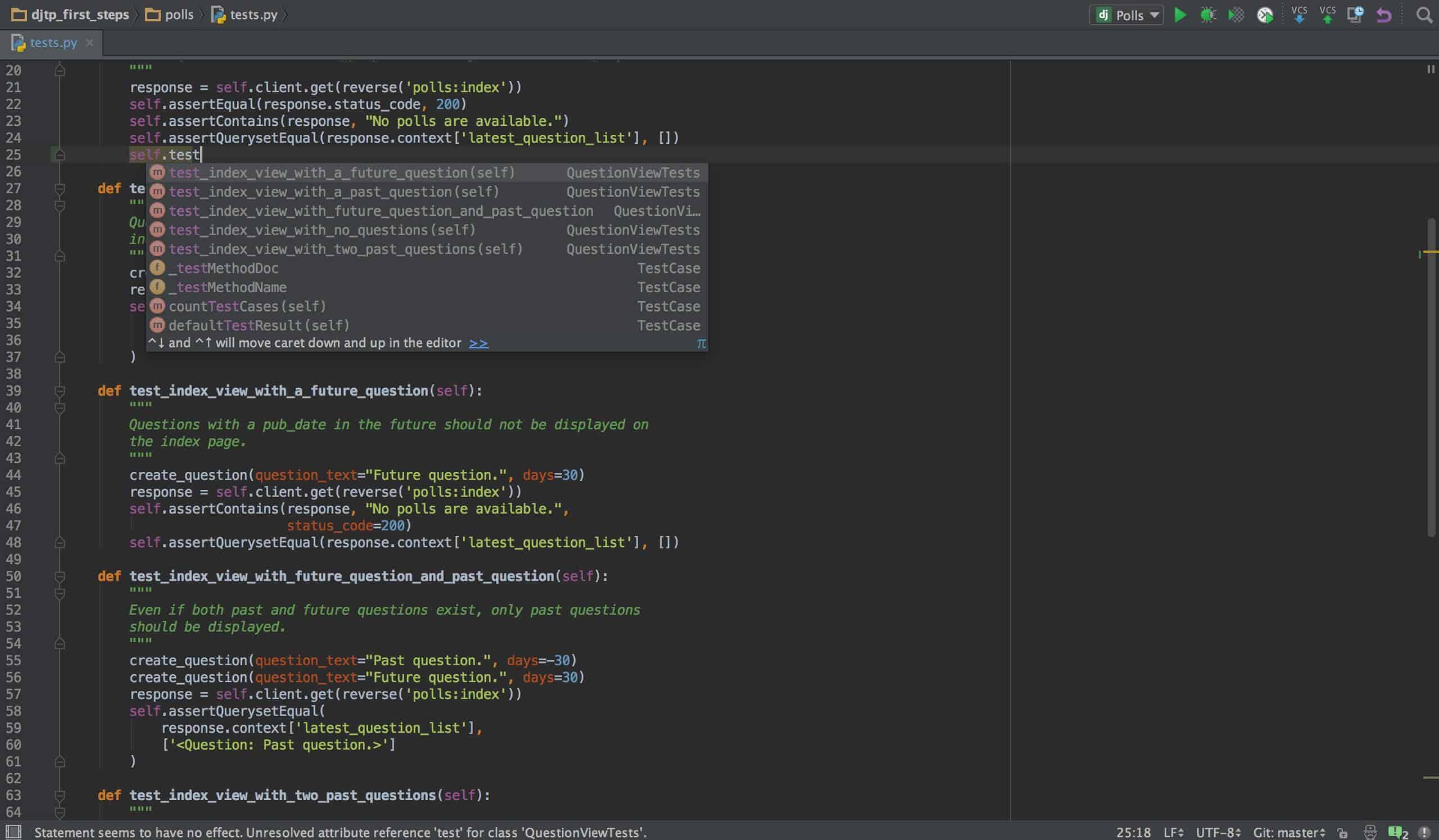 PyCharm advertises itself as a platform that brings all the Python development tools you need together in one location. It also offers basic intelligent code completion, saving you time and freeing you from the monotony or repetitive tasks and quick bug fixes. The platform also offers support for several popular web development frameworks, like Django, Pyramid, and Google App Engine. Plus, PyCharm supports several languages in addition to Python, including JavaScript, Node.js, HTML/CSS, SQL, and more. Whether you’re interested in the open source version or the professional edition, you can get started for free.

Developed by Microsoft, Visual Studio Code is a code editing tool that is written in Electron and works across macOS, Linux, and Windows. Since it’s built by the folks in Redmond, you know you can expect something that looks nice: 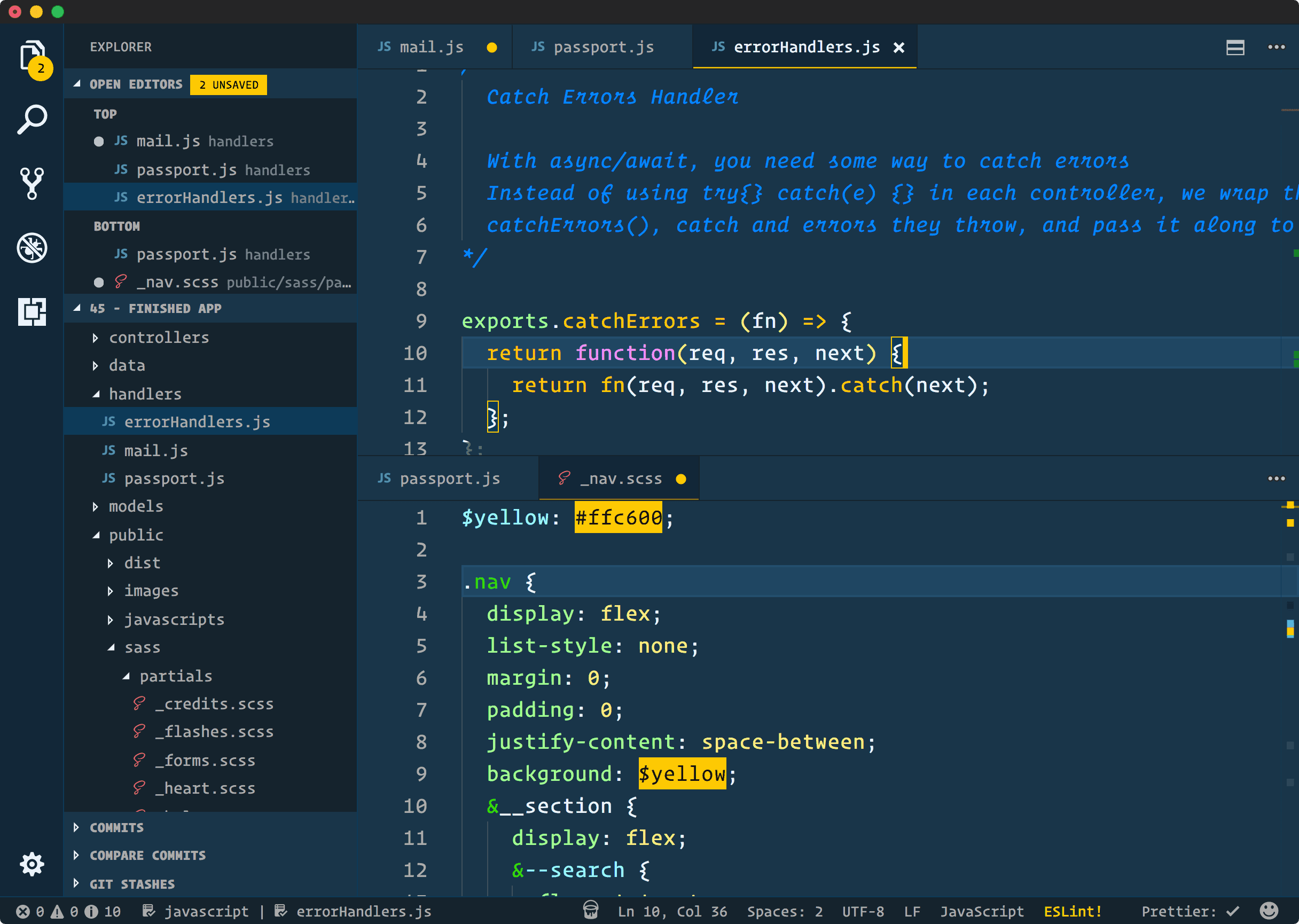 An open source solution, VS Code offers several powerful tools out of the box, including an intelligent autocompletion feature, the ability to debug code right in the editor, and built-in Git commands, among other things. Since it’s open source, it’s also extensible. Search a seemingly endless amount of integrations and plugins to make your VS Code experience that much stronger. VS Code integrations can be enabled or disabled at any time. VS Code supports several languages besides Python, including Markdown, Ruby, C++, Go, PHP, Java, and countless others.

Vim (i.e., Vi iMproved) was created by Bram Moolenar in 1991 as a rewrite of the older Vi that Bill Joy developed back in the ‘70s. Written in its own language (Vimscript) and compatible everywhere, Vim is an excellent choice for developers who enjoy performing every action directly from the keyboard without having to use a mouse.

Vim was once notorious for being hard to quit. When you open up Vim today, you’ll see a “:q to quit” message in the lower left-hand corner. That was actually added quite a bit after Vim launched.

But even with the slow advancements, you’ll be rewarded for getting to know Vim. Competent Vim users will blaze past previous speeds at which they previously edited text. Master Vim’s commands, and you can do amazing things. But everything has a cost. If you’re looking at a big project in your immediate future and need to get up and running fast, you’re far better off with one of the editors above. Why? Take a look at the basic commands you need to know to use Vim, and you’ll realize it will take you months to get comfortable with them.

Still, once you know your way around the platform, Vim packs quite the punch. You can even install autocompletions for Vim. Here’s what the tool looks like in all its glory: Billed as the “scientific Python development environment,” Spyder is an IDE created by Pierre Raybaut that works across macOS, Linux, and Windows environments. Spyder is perhaps most ideally suited for data scientists, engineers, and researchers, coming with the visualization and data exploration tools needed to build transformative applications. Spyder offers several features out of the box, including an editor, debugging tools, a profiler that helps you identify and rectify bottlenecks, and more. The tool can also be extended thanks to a number of third-party apps, like Spyder Notebook and Spyder Terminal. If you’re a data nerd who loves seeing everything in one place, you’ll love Spyder. Here’s an example of what your experience will look like: Emacs is the granddaddy of them all—and still the most powerful even though it’s nearly a half-century old. Developed by Richard Stallman, Guy Steele, and David Moon, Emacs is written in its own language, Emacs Lisp, and is compatible everywhere. The tool can pretty much do everything under the sun. Developers pair it with Evil, a complete emulation of Vim’s multi-model editor, and are impressed with the results. So what’s there not to like? Well, its learning curve is formidable. If you want to master Emacs, expect to spend some time getting to know it. As you can see, it’s almost as sparse as Vim. You need to learn Lisp before changing any settings, even basic ones. If that doesn’t sound like something you’re up for, Emacs probably isn’t for you. But if you’re up for the challenge, Emacs can help your development game get to the next level.

Which IDE or Code Editor Is Right for You?

Every Python developer has their own unique strengths, and you know yourself better than anyone else. Take your time and test out several tools to see what works best for you. Once you’ve found the perfect match, you’ll be able to write better code faster—which means you’ll have more time to spend building applications that solve important problems.

Jupyter Notebook is an open source web app that enables Python developers to create and collaborate on documents that include code, visualizations, narrative text, and other items. The platform is well-suited to a number of use cases, including machine learning, statistical modeling, and data visualization. If you’re a developer in the scientific computing space or you’re a bona fide data scientist, you may want to give Jupyter a whirl. Jupyter is also popular among data science beginners. While Jupyter was founded as a Python editor, the platform has since begun supporting a number of different languages, including R, Julia, and Scala. (In fact its name comes from supporting Julia, Python and R!) Jupyter lets users share their work through email, Dropbox, and Github, accelerating collaboration. The platform also works with Docker and Kubernetes to streamline deployment and installation with containerization. Here’s what you can expect to see when you give Jupyter a try: 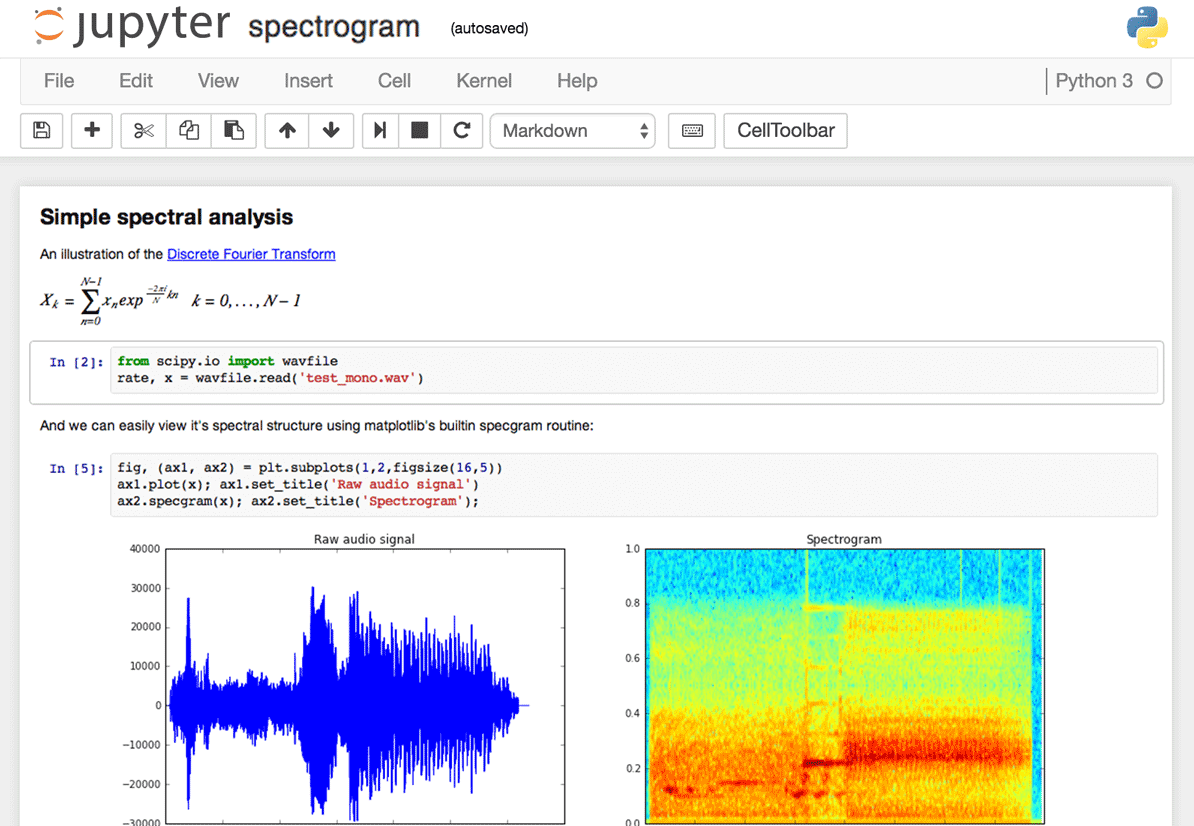